The Time which we all have been waiting for, has officially arrived. Yes, Call of Duty mobile has just been officially released and you can now head straight to Google Playstore or Apple Appstore to grab yourself the game and grind hard.

Head Straight to Google Playstore or Apple Appstore to Download Call of Duty Mobile. However, if you don’t see the game in your AppStore then try again in some time, as the game has just started being distributed, so it might take some hours to show-up in your AppStore. 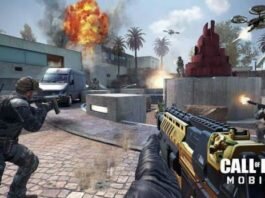 Call of Duty Mobile tips and tricks: How to play and...