Fortnite and PUBG (PlayerUnknown’s Battlegrounds) are the most popular games of the Battle Royale genre. While PUBG may have popularized the genre, Epic Games’ Fortnite is by far the more popular game. Since they’re similar, many people ask, “What’s the difference between Fortnite vs PUBG?”

The existence of the Fortnite items shop and the unique game mechanics are just two of the most obvious examples. Let’s take a closer look at some of the other ones.

The first thing you’ll probably notice about the two titles is the difference in graphics. PUBG’s graphics are more realistic, gritty, and harder on your GPU. The game also offers different maps, for a change in surroundings. It has an abandoned Russian town, a desert, a snowy island, and a rainforest. With a higher level of detail, they make for impressive environments.

Fortnite’s graphics are cartoony with simpler details and more emphasis on vivid color. That’s not to say they’re not good, just different. The brighter, more vibrant graphics compared to PUBG’s duller, drearier ones perfectly represent this shooter’s more creative aspects. The game doesn’t offer multiple maps and has a smaller total play area than the former. However, the map has different zones that simulate changing maps.

PUBG / PUBG Mobile is more of a straightforward survival shooter. You grab supplies, weapons and items, and try to stay alive. PUBG players are more cautious, leading to longer games and/or camping. Other than the creeping deadly storm, PUBG also has ‘red zones’ to further shrink the safe area. Vehicles also see more use with the bigger map size. The game offers a first-person viewpoint for those who prefer it.

Owing to its more realistic portrayal of shooters, PUBG uses bullet drop mechanics. Past a certain distance, bullets will start to drop and players will need to adjust for it. This adds an extra layer of complexity and realism to a game that was already pretty challenging to begin with.

Perhaps the most glaring difference is Fortnite Battle Royale’s ‘build-a-fort’ mechanic. Players can gather materials to build walls/floors, ramps/stairs, and traps with the click of a button. It’s a creative outlet that lets you rush into a fray, creating cover as you go.

Fortnite also allows players be silly! It gives them a choice of Fortnite skins, emotes, and weapons that parody or reference popular media. Not to mention the game has special crossover events for limited times.

As for gun mechanics, Fortnite guns are less accurate because of ‘bloom’. Essentially, your shots are going to land in the general area of the middle of your crosshairs, not dead center of it. You can limit bloom if you’re staying still and crouched. Doing the opposite widens it instead. The former is generally hard to do, since you’ll be a sitting duck. It’s also rather lax about bullet drop, though still the mechanic is still important for scoped rifles.

PUBG is a pay-to-play game. It costs about $30 for the console and PC versions. On top of that, if you want skins, you’ll have to buy keys to open crates. Not to mention there are survivor passes available for the game. In total, you’ll be spending more money on PUBG no matter what.

Fortnite is free-to-play, at least for the Battle Royale mode. It has a campaign/story mode that costs about $40. However, it is the BR mode that skyrocketed its fame. It does have a V-bucks shop that adds microtransactions to the game. Rest assured that the Fortnite item shop sells only cosmetics. The game’s BR mode can be played completely free if you want to.

In general, if you want a more casual game, choose Fortnite. Rounds and queues are shorter. The game needs fewer players to start a round. Also, its popularity ensures that there are always people who are looking to start a match. PUBG, on the other hand, is for hardened veterans looking for more serious Battle Royale games. You’ll have to wait a fair bit, whether for a match to start or end.

Both PUBG and Fortnite have their critics. We all have preferences, and sometimes, they don’t match. That’s just a fact of life. If you’re still wondering which game to play between PUBG vs Fortnite, ask yourself whether you want casual and silly or serious and realistic. 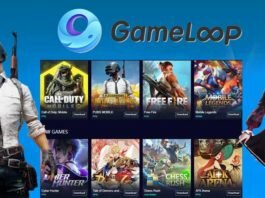 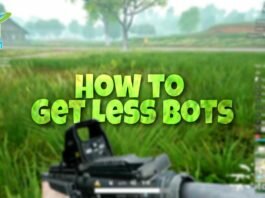 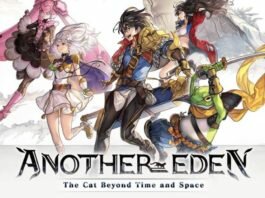