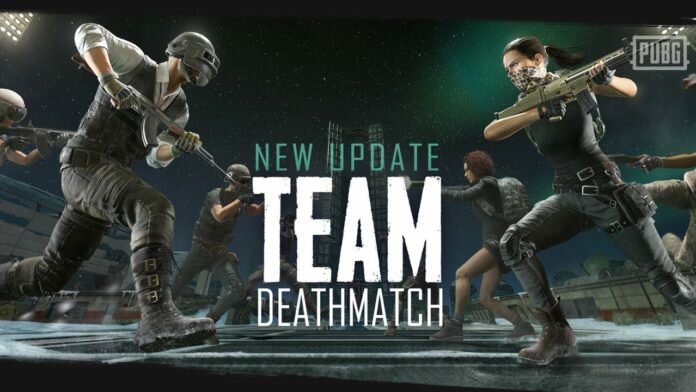 PUBG Corp. is treating its players to an experience that’s familiar in shooters but new to PlayerUnknown’s Battlegrounds. The battle royale game is adding a Team Deathmatch mode in Update 6.2, the creators said, and it’s coming to both consoles and the PC version. It’s part of a larger feature called “Arcade” that’ll allow players to take part in different game modes rotated in and out of the service with Team Deathmatch being the first of those.

The Team Deathmatch announcement was shared this week with PUBG Corp. offering a preview of how the mode will work and how it’ll differ from the traditional PUBG experience. Players will have unique loadouts to choose from with seven different battlegrounds to fight on that are inspired by the battle royale maps.

First team to 50 kills or most kills in 10 minutes wins.

“PUBG’s Team Deathmatch will bring intense 8v8 fights to 7 different battlefields pulled from your favorite maps,” the PUBG Corp. announcement said. “Choose from several different weapon loadouts and utilize classic PUBG gunplay and mechanics to frag your way to victory! Whether you enjoy the relentless challenge of 8v8 battles or are just looking for a new way to train your gun skills in heavy combat scenarios, you can get right into the action with Arcade.”

Additional rules that’ll govern the game mode were also shared. Teams will compete until one of them gets 50 kills first or 10 minutes have passed with two victorious rounds needed to win the match. Team Deathmatch is only playable in first-person, there are no knockdowns in this mode, and players respawn five seconds after being killed. There also aren’t any reconnects in this mode, so if you leave a Team Deathmatch game early, you won’t be able to get back in

The future of PUBG’s Team Deathmatch mode will include new maps and other improvements, though players can also expect to see new Arcade modes implemented at some point.

“This is just the beginning for Arcade,” PUBG Corp. said. “We’ll be adding new battlefields for Team Deathmatch and will be watching your feedback closely for other ways to improve it. Moreover, we’re planning to add new and familiar game modes to Arcade, blending PUBG’s unique gameplay into thrilling new experiences.”

PUBG Reconnect 3K: What is the Error and How to Fix